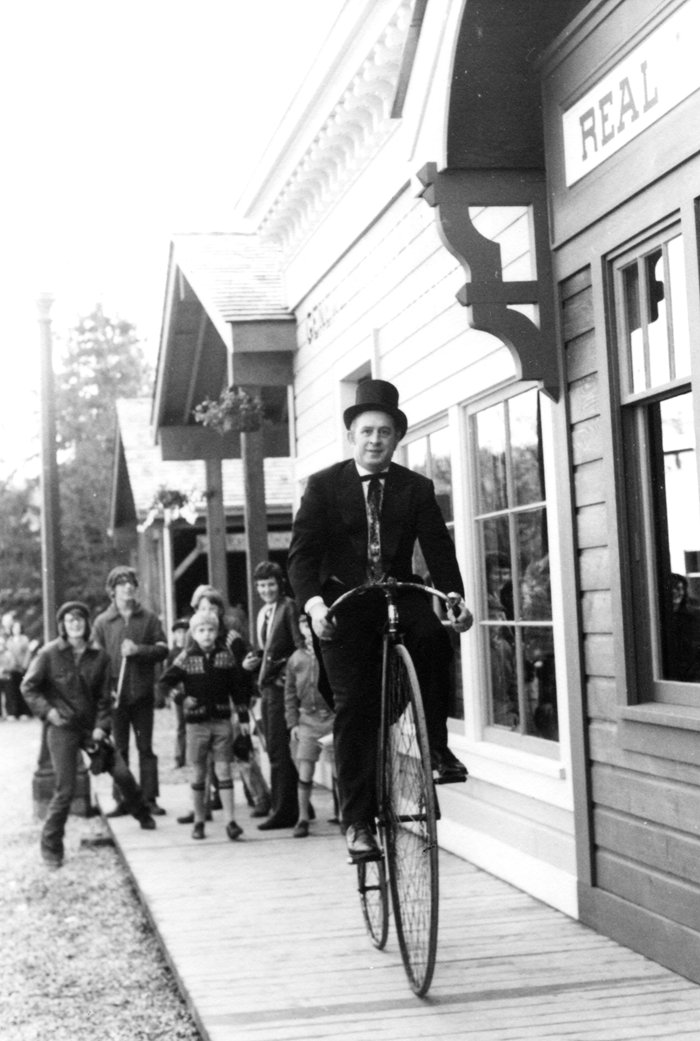 Burnaby Village Museum turns 50 this weekend! The Museum officially opened November 19-21, 1971 for one weekend only before resuming a more full time operation in 1972. We are saving up our big celebrations for 2022, so stay tuned!

Burnaby citizens participated in the work of the Centennial ’71 Committee, responsible for the construction of the Museum, and in the Century Park Museum Association, which ran the Museum until 1990. These early years of the Museum were busy and optimistic; staff and volunteers passionately gave their time toward an ambitious goal of preserving Burnaby’s history. Many people donated artifacts and expertise to support the living history exhibits.

There was much the founders wanted to celebrate when they began to plan the Museum in 1971. European (largely British) pioneer families in Burnaby and British Columbia were honoured for their contributions to civic and family life, and much focus was put on the ingenuity and use of early technologies to build homes, run farms and sawmills and to fish on the Fraser River. The original layout of the Museum was a single street and manor house, spread across 4.3 acres, meant to illustrate how a small British Columbia pioneer village may have looked around the turn of the twentieth century.

Today we acknowledge that this pioneer narrative ignored the presence of hən̓q̓əmin̓əm̓ and Sḵwx̱wú7mesh speaking peoples, who lived in long-term settlements at the mouth of the Brunette River, in what is now New Westminster and Surrey, and near Deer Lake, at the present site of the Museum.