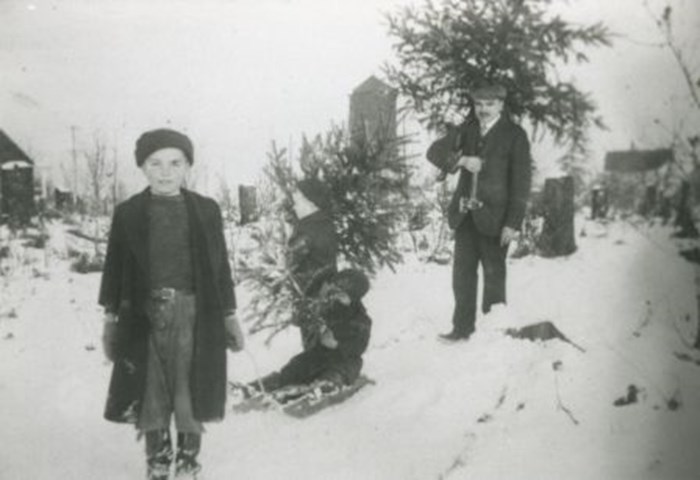 George A Grant Family of Burnaby

The George A. Grant Family of Burnaby

George A. Grant is pictured with three of his five children, gathering Christmas trees from the bush between Marlborough Avenue and Royal Oak Road. In 1912, George A. Grant and his wife Alice built their family home at 2450 Marlborough Avenue (now 6591 Marlborough Ave.). George never owned an automobile and so consequently did a lot of walking, was a member of the BC Alpine club and took part in mountain climbing expeditions. George led a distinguished career serving in Burnaby for over 43 years in both official and unofficial capacities which were recognized by him being awarded the Order of the British Empire. In January 1955, he was awarded Burnaby’s highest honour, becoming a Gold Key recipient. This award which is the local equivalent of the “Freeman” honour was presented to only four Burnaby men in recognition of the excellent work, both paid and volunteer, they did on behalf of the citizens of Burnaby.

Read more about the family in the book Burnaby Centennial Anthology: Stories of Early Burnaby: